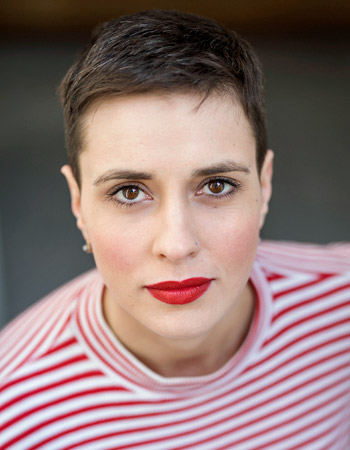 In 2017-2018 season Eliza performed the role of Annina in La Traviata also at Glyndebourne as well as covered the role of Servilia in the Claus Guth's new production of Mozart's La clemenza di Tito.

Later that season, Eliza had her debut at Wexford Festival Opera 2017 in Alfano's Risurrezione. In the following year she returned to Wexford to sing the soprano I solo in Handel's Dixit Dominus.

Highlights of season 2019/2020 include a Polish debut in Warsaw Chamber Opera in the role of Amore in Gluck's Orfeo ed Euridice and a concert performance of Handel's Italian Cantatas with Les Bougies Baroques in London. Eliza will appear at the Casa dei Mezzo Chamber Music Festival in Crete and later this summer she will sing the soprano solo in Fauré's Requiem at Cap Ferret Music Festival.

Eliza is a committed recitalist, having recently performed in recital at Barbican Hall as part of the LSO Guildhall Artist Platform, St Martin-in-the-Fields, St James's Piccadilly and the Polish Embassy.

Eliza regularly performs as a resident singer for The Beethoven Piano Society of Europe.

Eliza studied at Guildhall School of Music and Drama with Susan Waters, where she was supported by the Backstage Trust, the Polonsky Foundation, the Guildhall School Trust, the Ministry of Science and Higher Education (Poland) and the President of Wroclaw. She previously graduated with a First-Class Honours degree from Karol Lipinski Music Academy in Wroclaw. She achieved the status of being designated an International Summer Academy (ISA) Scholar, Young Artist at the 46th and 48th International Baroque Music Festival Wratislavia Cantans and the Young Artist at the National Opera in Warsaw as part of ENOA (European Network of Opera Academies).